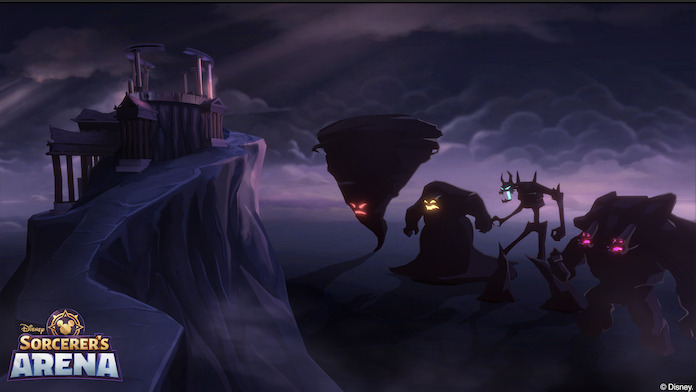 The Next Raid Approaches!

That’s right, Summoners, the new Raid is about to hit like lightning!  Bring your strongest characters to defend Mount Olympus from the four colossal Titans. These towering terrors bring a challenge of monstrous proportions!

The new Raid is just around the corner and it is going to be TITANIC! Make sure you are continuing to grow your collection, as this Raid will challenge you in unique ways and let you approach the Raids you know and love, with an entirely new twist.

The Forbidden Depths made for a great introduction to what you can expect from a Raid, and we’re going to be bringing back a lot of your favorite features! You will still be collecting tickets with your club to challenge bosses, teaming up with your allies to wear down each towering Titan’s  persistent health, and ultimately defeating them and acquiring new loot pieces to start gearing up for the next Tier. Heroic mode will return, and your best efforts will be met with big rewards, and thunderous applause from Zeus himself!

A lot of the mechanics you know — and even the ones you dread — will be returning! The Titans will have a deadly arsenal of moves at their disposal, and will take down characters with their nasty instant defeats.

Don’t get too comfortable — this Raid brings a lot of new mechanics to the table. Instead of defeating the bosses in sequential order, you’ll be able to challenge any of the four Titans in any order. There are several mechanics that will change based on the order your club attempts to defeat the Titans, creating room for you to flex your creative muscles and test the breadth of your character roster.

While a lot of the roster diversity that brought characters with mechanics such as strong multi-enemy damage, restoring Health, team-wide cleanses, will still be relevant, the Titans will have a multitude of abilities that highlight previously under-utilized mechanics and characters. For example, you’ll be able to use crowd control abilities such as Sleep, Silence, and Polymorph against certain opponents, and you’ll want to have summons in your arsenal in some situations!

Finally, since players will be able to experiment with the order they take down the Titans, clubs will be faced with a new challenge. The order you defeat the Titans will play a role in how you progress to the hardest difficulty on your journey to unlock Zeus!

We are as excited as you are to see how the new elements will stack up against the community’s ever evolving strategies!

JOIN THE DISCUSSION! Go to our OFFICIAL DISCORD!