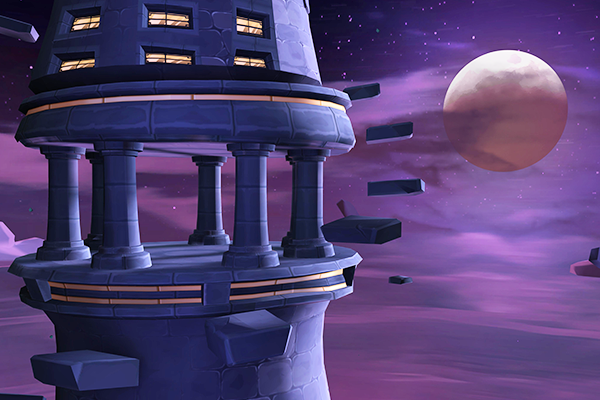 What is Club Expedition and where does it fit in the game?

Club Expedition is a new social PVE mode coming soon to Disney Sorcerer’s Arena! Club Expedition will accompany Raids as one of the primary cooperative PVE game modes in DSA. This game mode will be taking the place of the current Club Dungeon. Clubs will need to coordinate and work together in order to explore and overcome their Expedition in the most effective manner. Club Expedition will challenge players to think about how to strategically use their own roster of characters as well as determine how to best coordinate their Club’s efforts to take on the various obstacles.

How challenging is the feature and how do players participate?

In the Club Expedition game mode there are multiple difficulty tiers and Club leaders will be able to select the Expedition difficulty level that they feel best suits their Club each week. At launch, 5 Tiers will be released, scaling in difficulty up to level 60. More Tiers will be added in the near future, so stay tuned for more updates ahead. Similar to Raids and Events, the required Gear and Star progression to participate will scale as Tiers increase.

There is no ticket or entry cost to participate, and Club leadership can select a difficulty tier to start their Expedition at any point during the week. A Club Expedition is designed to take a full week for a Club of the appropriate size and strength to fully explore, so don’t wait to choose your Tier. Once a Club begins an Expedition, battles within the Expedition will require Expedition Energy. Expedition Energy generates over time and players will generate enough to perform 3 battles per day.

How does a Club explore in an Expedition?

Once your Club has begun an Expedition, your goal will be to explore and complete as much of it as possible. You will defeat enemies in battle, uncover treasure, and face fearsome bosses with unique abilities as you delve into the depths. Enemies you face in Club Expedition have persistent health, so the damage you deal in battle will contribute to the success of your clubmates whether or not you are individually victorious.

When you first enter an expedition floor, you will see a fog across the floor with only a few chambers visible. Any time your club completes a chamber, the nearby chambers will be revealed, allowing you to explore more of the area. Pay attention to clues visible through the swirling fog! Details visible through the mists can help guide where your Club should try to go next.

In order to reach the next floor of an Expedition you must find and defeat the boss of the current floor. Each floor of the Expedition has a 24-hour unlock timer that begins once the previous floor has been unlocked. The 2nd floor unlock timer, for example, begins from the time your club starts an Expedition. A floor can not be accessed until it’s unlock timer expires, even if the necessary boss has been defeated.

How will players be expected to use their characters?

In Club Expedition, having a large roster of upgraded characters will give your Club an edge in overcoming the challenges of later tiers. As players move through an Expedition they will encounter Battle Chambers and Boss Chambers that will require the use of specific categories of characters. Information will be available within a floor on which characters are required throughout that floor. Once a character is used, they will go on cooldown and be unavailable until the following day. There will be Beacon Chambers that only allow characters from certain categories, and characters assigned to Beacon Chambers will also go on cooldown until the following day.

Categories that will be required at different points include: Kingdom, Downtown Hero, Wilds, Aladdin, Incredibles, Frozen.

There will also be groups of characters that are not required but will be uniquely strong against certain bosses or challenges faced in Expeditions.

What rewards can be earned in Club Expedition?

As your Club completes Club Expeditions you will receive rewards from various sources. Higher Tiers will earn more rewards.

Rewards are obtained from the following:

Progress into higher difficulty Tiers to earn greater rewards. Rewards will include Gold, Club Coins, Passholder Coins, tokens for an exclusive character and more! Keep an eye out for Delta Runes in future Tiers!