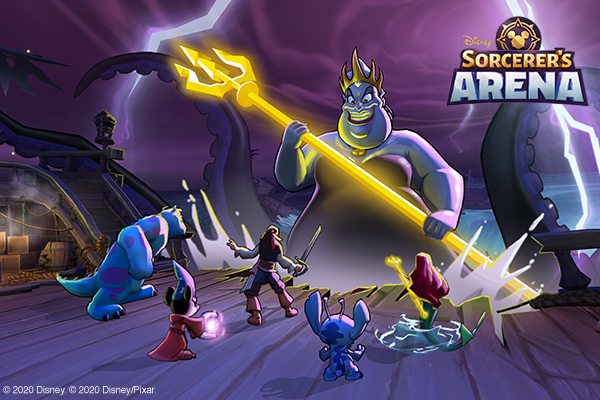 The Forgotten Depths Raid is coming!

New Status effect and icon: Tenacity Up + Tenacity Down

Node Swaps: Dash on 6A and Queen of Hearts on 8F

Golden Hammer – May only be used once per battle

Stasis now removes Harmful effects on application as part of the status effect.

We have made an update to the way our combat approaches Speed Meter Increase and Speed Meter Decrease in most cases.

These changes should not affect abilities that grant a character an “extra turn” such as Shan Yu’s “Now It’s Your Turn” or Empereror Zurg’s “Zurg Vision”. They should also not affect the Speed Meter increase that Raid NPCs gain from their Sorcereous Strength passive (e.g. Speed meter gained from Sorcererous Strength passive should not be blocked by Helpful Immunity).

Ability Magic Increase effects from abilities are now considered as Helpful effects. Increasing a target’s Ability Magic will be blocked by Helpful Immunity.

Ability Magic Decrease effects from abilities are now considered as Harmful effects. Decreasing a target’s Ability Magic will be blocked by Harmful Immunity.